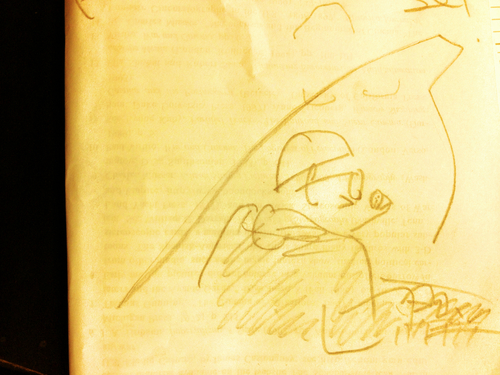 Sosa plays like a grown-up kid. As if he plays for himself, and pleasing the audience is only secondary, a bi-product of being gifted. But he is an artist, and true artists know how to put up a show. He moves, and those moves are as awkward as they are funny, a second endorphin booster after his music. He sings. He laughs. He dances. He lives his own notes. But never his persona overshadows his product; the two are in perfect symbiosis. The piano chair, sometimes, serves only as part of the decor. Half of the instruments he is using are a mystery to me. I believe they are his personal inventions. I might be right, for he is quite talented and very much exploitative. In all musical areas. His show was a dialog between many genres, tho look for his laud pieces and his big sounds. They will drag you from whatever state you are in and lift you in a different dimension which is the hardest to achieve - that of living in the moment, not in the past, not in the future.

Don’t be fulled by his RAP attitude with a jazz and his rock star glasses. He enjoys small pubs as well as big scenes like Carnegie Hall.
at 12:46 PM