The Mouse that Roared - Cristina Recommends 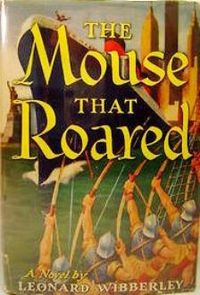 This is a hilarious little book. In short, the army of the teeny-tiny European country Grand Fenwick is declaring war to United States: an American company copied the pride and joy of the duchy's only exported commodity, the well known and appreciated Fenwick wine.This killed the country's economy, but the purpose of declaring war is not revenge; the plan is to lose the war, then rely upon American foreign aid to replenish Grand Fenwick's treasury.

The movie is equally witty. 1959 British Satire directed by Jack Arnold.
a critique of the Cold War and US foreign politics. Grand Fanwik&Japan similarities... 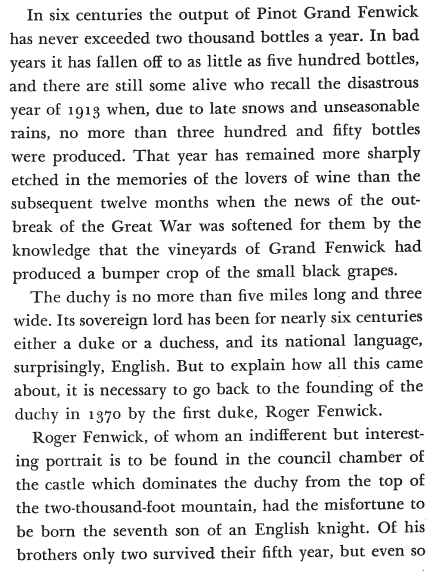