Is anybody drinking coffee with sugar anymore? Just asking. 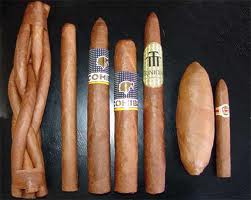 Why are we so vain and still preach that this song is about global warming, African kids or Greece’s policies (or lack), where, in fact, we know very well that this song is about bragging about ones self.
Why are we such snobs and how to overcome it?
True story (and please forgive me, I will allow you a post on my blog to write all about mine and I am not giving away your name. Snobism or vanity, you can only pick one. Though I would prefer you'd write about corrective rape in South Africa or dying species, because I never seem to have time to write about them):

I was in a special place yesterday, one of my favorites in the city because it allows smoking, so that even if I have terrible headaches next day,a dry mouth, and my hair smells like a combination of cigarets, old furniture (or anything else that old and dusty) and Cuba, I still cheer when invited with the excitement of a 7-14year old queen of the school when she sees something pink. (meaning: welcome to the wold of cigar bars - I don't really smoke cigars; they are heavy and grouse, and I really don't understand their purpose since all that bad staff due to burning is not really inhaled, but I have other smoky pleasures...)

My friend was put in a embarrassing situation last night: his box was given to some new guy and his cigars misplaced. For all of you who don't know,these exclusivist (I know, I know, it is exclusive.. it makes more sense for me this way) cigar clubs are like the illegitimate baby of an Alpha-Beta-Kappa and aSynagogue - only the best are admitted, you have to wear the perfect watch, you have to wear the man with the perfect watch, or not wear a watch at all but own the freakin' damn watch-that-everybody-is
-waring company, plus better put some effort into it to show how much you crave for becoming a top client.

No wonder he was so upset that his box was given away. Only a few members have boxes, the rest having to carry their expensive cigars in their expensive leather bags and their expensive limousines. The point being: they don't have a box. I think this is how these men start a conversation:

The house manager for the evening replied to my friend's unpleasant surprise with his own surprise,  as if trying to demonstrate that he had nothing to do with it, neither his staff, his manager, the president of the United States for which he voted, almost blaming it on the devil, the hurricane, or the economical crises in Europe. He whispered all these so no other client will hear about the unfortunate event which shames the name of the upper east side salon, by curving his back and stretching his dorsal  muscles to reach the ear of my friend. My friend was reservedly moved (a combination of I am a nice forgiving guy and this should never happen again) by all these touchy physical little compliments and apologies, loudly making jokes with the confidence of someone who is at advantage because he was admittedly wronged. The other clients were laughing undisturbed, with the same ease mothers sleep when they know their babies safe in their beds. My friend was losing his patience.

Mr Y: I waited 2 years for this box. I bought the damn guitar on their wall.
I: Maybe their forgot your value. After all, it's been a couple of years ago. Shouldn't you remind them who you are by...buying this lamp?
Mr Y : It is a nice lamp!, he laughed.

How much is a box, I asked, and why was that particular box so important that the manager had to assure, re-assure and re-re-assure him that he'll  have the same or a better one. I mean, all the boxes look the same to me (like mail boxes only fancier).

Mr Y: "Noo, you see, mine was next to Giuliani's: best location, within hand reach, situated a little bit over the head, so you don't have to bend over to get your cigars, nor have to climb the stairs"

Obviously, when you are in a club with all the Wall Street (the old, not the entry level light Ralf Lauren sweaters and with unsophisticated, yet, golf swing) alpha males, you don't want to bend, you don't want to stretch. You don't want to make any effort, for any with any muscle you use you are downgrading yourself in the Greek Alphabet.

I don't know how could've somebody give away his box. The fact that it was on the perfect row and the perfect column and neighboring Giuliani's and  Schwarzenegger's (told you I am the winner in spelling bee contests) should tell you that this guy is somewhat important, that his precious space is as solemn, inviolable, as of a grave. But, mistakes happen even in big houses... 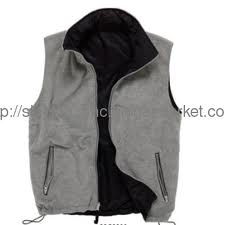 We were pondering upon the possible reasons for the offense: might be for the fact that he is not wearing a jacket when he visits the club, usually after work, from an office that is religious to the word casual 4 days a week, and, paradoxically, when all the NY offices practice Friday informal, his has the Friday formal, tie and a suit, rule. As I was saying, yesterday, for example, he was wearing a what I call New Jersey Jacket (you know, the one people who own houses wear on weekends to clean their yards, and then they wear at the supermarket, and to have beers, and on a date, and to take kids to school, and, I have never dated one, but I am sure they wear it in their beds too),  a sleeveless sweatshirt terribly assorted to light oatmeal (maybe, my memory shut off when I saw the NJ "thing") color pants. "Maybe", I suggested, "next time you can wear at least some dark pants, for God's sake, and they'll show you the deserved respect." I also helped his name by making a joke in the front of the manager that he is "such a lawyer", which he is.

He will hear back with the new box number today. I wish him luck, as I know it is a pressuring issue for him.
Next page is for him to mock me, because he earned it. Wink.

Obviously, you absolutely have to listen to this:

I want to play the drums (ah ha ah ha)In such a crazy way (come on, come on)and everyone around will say you ought to here him play (lick shots)