look at your feet - Cristina Recommends

This is a very peculiar play. You have to arrive 15 minutes before for the "sound walk".
The strange, meditation type of music in your headphones immediately blocks the sound of the city. A male voice, calm,warm but powerful, gives you directions, guides you from the theatre towards the Hudson river and back. 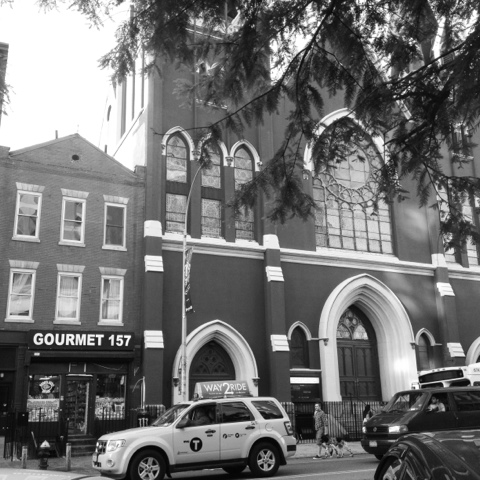 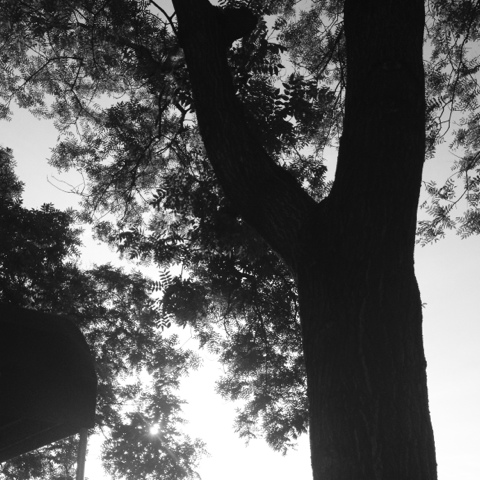 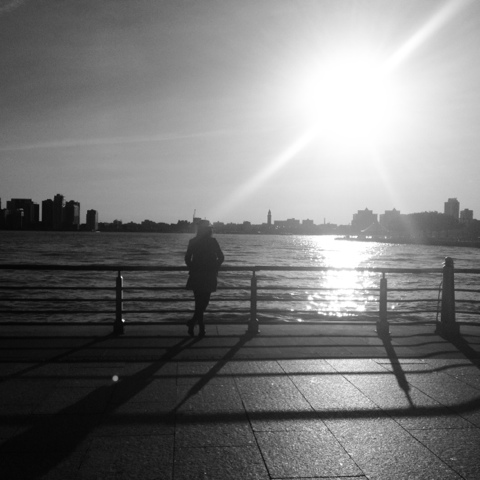 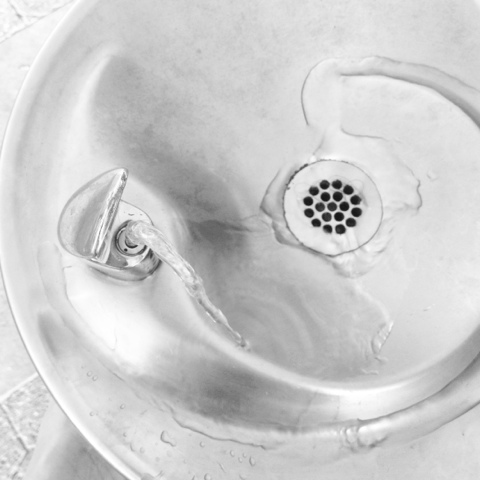 ► "♪♪♪ Open the door in front of you...♫♪♪ ...Look vis-a-vis at the old church...♪♪♪... Touch a tree. Pause and look at the little Chinese restaurant.♫♪♪.. Go towards the water...Look at your feet...They have been many places...They have stories to tell...♪♪♪♫♫... Who are those people eating outside?..." Essentially, you are asked to breath and observe: the city, the river, the people behind the walls, yourself. You guess that attention is the most important part of the play, and, if you fail to concentrate, you will not be able to absorb. The sound walk becomes the leitmotif of the play. Miss it and you will not miss information, per se, but the right mind set.

The Golden Dragon (Play Company at the New Ohio Theater - do see it) is a series of plots fusing, unsettled, hard to follow, metaphors. Interchangeable characters; five actors playing a dozen of roles; identities unclear. Male actors interpret women characters, white Americans become Chinese personages; people are ants; ants are, in fact, people. All so rapidly that the play turns into a spectacle or urban cruelty. The play is meant to make you aware in real life, but does it do the job? If we indeed observe what is happening around us, other people's misery becomes our burden. Once we allow our worlds to interact, we'd feel the duty to participate, help, questions are naturally followed by more questions and we become more and more involved. You can ignore only those things you know. But some with a conscience might feel guilty, and guilt is harder to cope with. We would no longer be linked by social relations, but by friendships started with the exchange of names. Anonymity is safe. Blindness is, sometimes, safe.

"I discovered “the case of S.B.” S.B. was an Englishman who was blind from infancy to middle age, when, at the age of 52, he received a successful corneal transplant. “All his life he tried to picture the world of sight,” Richard L. Gregory wrote. “He longed for the day when he might see. ... But though the operation was a success his story ended tragically.” With his sight recovered, S. B. managed to identify animals and objects correctly on the basis of the prior knowledge that he had gained from touch and the reports of sighted people, “but he found the world drab, and was upset by flaking paint and blemishes.” I will let Gregory complete the tale: “[He] said that he noted more and more the imperfections in things, and would examine small irregularities and marks in paintwork or wood, which he found upsetting, evidently expecting a more perfect world. He liked bright colours, but became depressed when the light faded. His depression became marked and general. He gradually gave up active living, and three years later he died.”

I never forgot S.B., the man whose heart was broken by the ugliness of the world." Read: Idealism and Blindness Of flaking paint and blemishes