I must admit, I was surprised by the man fashion. A first for me, and it probably has to do with The French. Blazer with black sweatshirt underneath, blazer with tshirt, blazer with jeans, with white pats, with sandals, completing the suit, or blazers partially covered by more delicate scarfs. It was strange taking street photos, as I feel that people in Montreal are not so accustomed with iPhones being pointed at them for no reason, so you have to trust me on this. 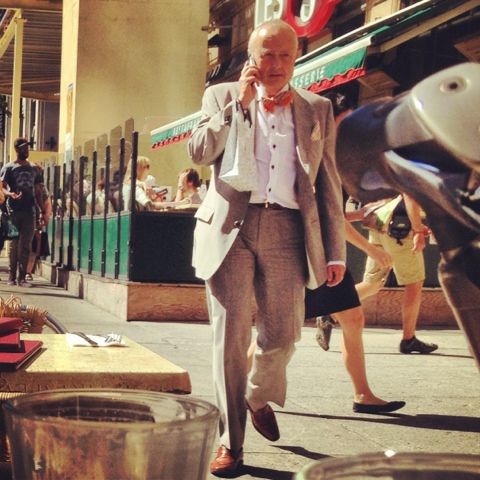 You can take the French out of Champs Élysées, but you cannot, absolutely not, strip him of his blazer. Not even on a hot summer day. It's part of his identity, inherited like like the first name. And guess what, it works. I know, I know, ... est une attitude...but how strange is it to feel that, in Montreal, it is the men who have authority on taste?! I was sent back to the age of Bon Marche (with a little comma on the -e, of course.) 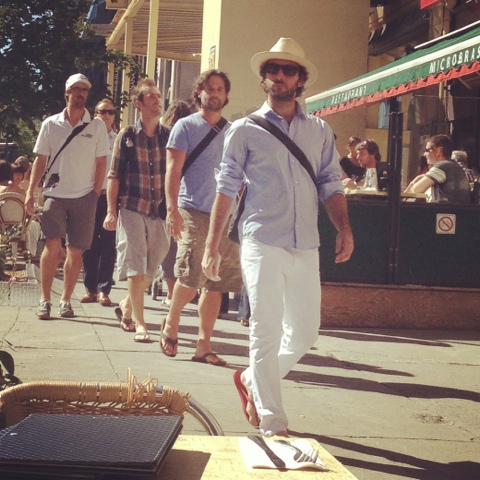 Anyhow, during the two hours I and my bag spent at Boccacinos, my eyes were pleasantly surprised by little details, a bow-tie here, a red belt there, neon accents on a black tie outfit, crisp white shirts with cotton trousers, and, more importantly, the fact that men age beautifully in that part of the world. 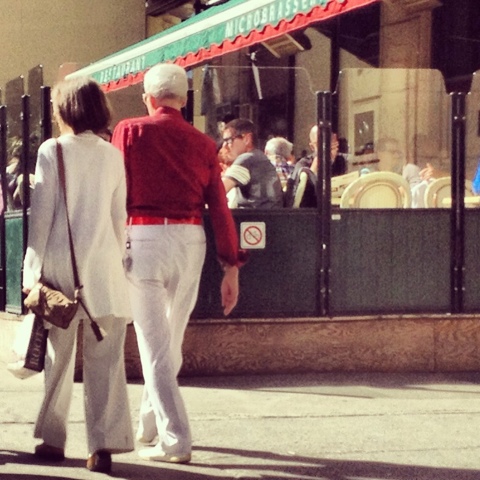 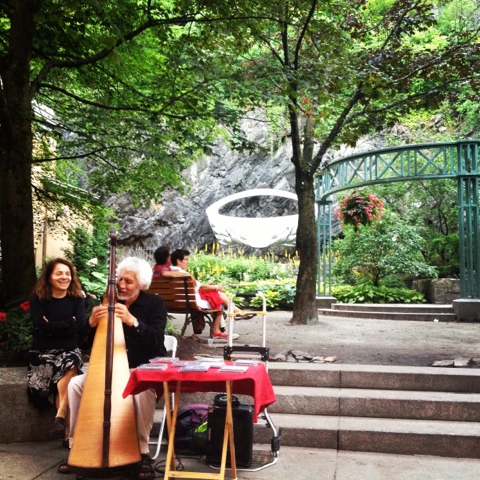