My Night with 70 years-olds


(Yeah, I am cool this way.)
Characters: The New Jersey couple, the Birthday Boy, my friend, and I

I don’t know how I ended up celebrating my Saturday evening with 3 seniors out of whom one just turned 70, the other was racing him in age, and the latter’s wife, a gray hair woman with perfect posture and elegant expression, an art history teacher and believer that beauty makes one’s life better. But here we were, for an entire afternoon and half of the night, celebrating life like adolescents and, I believe, being healthy. For there is nothing a seventy-years-old appreciates more than health. Everything else, including memory, is temporary. The married couple live in New Jersey and the birthday boy came from Asia a few days before Saturday.


She said: Me and my husband complete each other. I remember what he forgot and he remembers what I’ve forgotten. Between the two of us, we have the complete story of our lives.
He: Ah, but we cannot account for those that we’ve both forgot. We don’t know what we don’t remember.

She: Remember that time we had a bat in our attic? You caught it in a blanket and released him outside.
He: She likes to see me as a hero. I never did such an heroic thing.

He: I never tell my kids that they can be whatever they want. They cannot be an astronaut or a molecular physicist. I’m sorry, but they cannot. They have other talents, and they should be pursuing those.

He: I was accused of anti-Magyarism. There was an investigation and all... I just screamed at the guy because he refused to send out a fax.

He: I asked my son why he named his sons Ari and Élan? He answered: what other names would go with Sabsowitz?!

We've met in a bar and had a drink. I had forgotten that the married couple keep kosher so I was trying to order all the shelf fish and pork bites in the menu while my friend was desperately texting me from under the table. Afterwards, we went to a jazz concert, a famous band from New Orleans called Preservation Hall Jazz Band. They loved it. The birthday boy, being jet-lagged still, fell asleep during the finest moment of the night: the tuba solo. Some 30 year old guys vis-a-vis our table took photos of him and posted them on facebook. They had a thrill looking at the grandpa sleeping in a bar. I wrote them a note explaining that he is an old foreign service officer tired because, unlike them, did a lot of good things in his life. 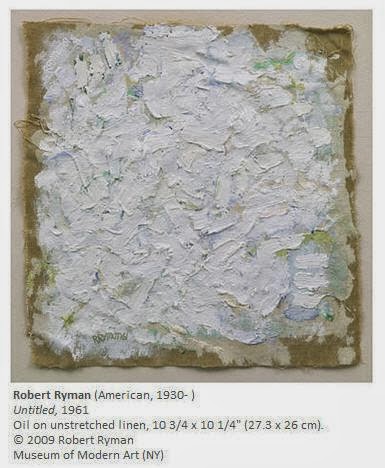 Only today, for example, he woke up a 4am, drove upstate in a ’63 car whose engine stopped in the middle of the busy highway. Uphill. For 3 times. He was joking that he had a good life and it is a fine day to die. There, he had to put his mind around the modernest of the modern art, a museum that looks like a bad furniture store made of recycled industrial material. He did not like the gigantic hole in the ground, he did not like the white paintings of Robert Ryman, and he did not appreciate Warhol’s signature pieces. It was very much like asking him to dance to Hannah Montana or any of Miley Cyrus’ songs. His house is decorated with paintings of Mary and Jesus in an International Gothic style...

After the concert, we rushed to a late dinner in one of the famous steakhouses of the city. The two senior men are former college roommates. They did not talk about the past as much as they talked about the future. The couple complained that their last cat died that morning. They will not get another anytime soon. “We now can go to New Orleans”, the woman said. “Nah”, said the husband, “they only have seafood there.” “No”, she said, “If you can eat things other than lobster in Maine, I’m sure you could find some beef in New Orleans.” They went home at 12am, after the husband sang "Happy Birthday" mimicking Marilyn Monroe's voice and grace. There is nothing funnier than to see a 70y old guy, short, chubby, a serious one nonetheless, singing that song, that way, at another 70y guy's birthday. Fine, there are funnier stuff...
---
The man from New Jersey was pushed into retirement from his old job for the State Government. He doesn’t know what to do next except from taking online game theory classes at Yale and MIT. He was curious about how his visiting old friend is holding up, but the other one was in a better situation as he just got a new job at a private company. He has to look at the major trends in the world and summarize the findings. No business school graduate can do his job. His biggest asset is his gained experience as a world trooper.
---
It is strange, I told my friend, how we all run away from our jobs in our youth, but feel completely useless and empty when we hit retirement. You’d think that one should finally be happy and enjoy the free time.
The old diplomat flew home next morning. He wrote a thank you note to my friend: “It was the best birthday I ever had", he said. "I loved the present - a pocket watch with his initials engraved - the  brunch, the ride to upstate, the concert, meeting with my old college friends, and the steak.” He did not mention anything about the museum. I hope he forgot all about it...

I asked the man from New Jersey what he's gonna do now. "I have to learn statistics," he said. "I never had the time for it."