We don't do much in Dallas, a 25 year old accomplished fundraiser for the Republican Party told me. Gyms are not very successful a business; though we have the most museums per capita in US, we leave them for tourists. We pass by them everyday to work, so we feel that there is always time to visit.

All groups, regardless of political affinities, skin color, and immigration status, meet in one place: the restaurant. The main, and almost exclusive, outdoor activity evolves around eating. That's why the food is good and diverse, running from breakfast tacos to steamed artichokes.  As a tourist, you will not get bored for a weekend. Give it a week, if you are a slow walker and patient with reading museum tags. Definitely one day should be reserved for the George Bush library and one Sunday morning for Church. I am serious, and I am not religious; but, if you really want to grasp the culture of this place, this is as good as spending two hours at a bar mingling with people (apropos about nothing, the sermon was around a group of 6 men that went incognito to Cuba to attract new clients...)

Now, Dallas is not a touristic attraction. Looking like NY only with wider streets so that you can see the top of the buildings, the architecture is massive and fairly new, though they did a great job in restoring the historical sites. The buildings make most of the sun light, so they are contortioned, rounded in the corners, twisted, tilted, modern. 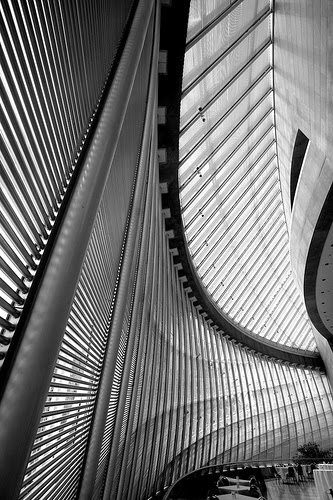 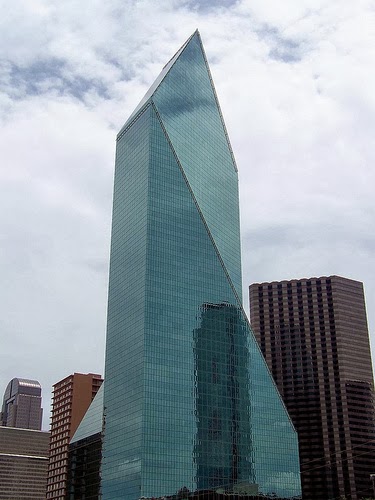 Two topics should never be discussed over dinner in US, I was told six years ago: politics and religion. In Dallas, the list broadens: guns and any related activity, NY sport teams, or Ayn Rand (Dallas is, after all,  the bastions of the Tea Party conservatives.) Dallas feels very much like a country, having its own flag as high as that of United States'. 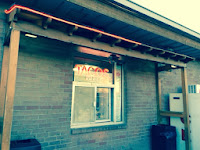 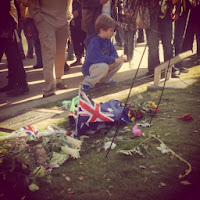 Go to JFK memorial and spend a few bucks on listening to the clandestine tour guys' stories of what exactly happened in 1963. You'll hear in detail as many as 10 different conspiracy theories, each one convincing in its own way. 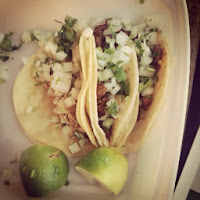 Best tacos in the entire world are in a supermarket. A small window with about 6 options, in the back of the store, hard to find and hard to forget. People eat them outside, while admiring the amazing view: either a parking lot or the 6 gas pumps busily filling the trucks. "This is Dallas!", one friend told me mocking a toy car just parked (it was a small, hybrid, green car) - "we have lots of oil and space on the streets. Small cars are jokes here." Did I mention that they have drive-through Daiquiris? 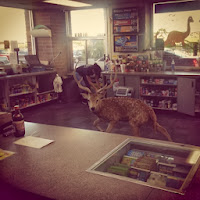 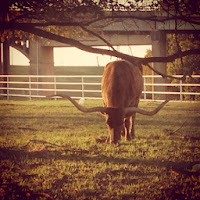 Everywhere, and I mean everywhere, you get a sense of the fauna of Texas. Mounted heads and stuffed carcases of animals are the preferred decorations in this part of the world. Long associated with hunting lodges and ski cabins, taxidermy is popping up in surprising places. Like in this store.

Some decided to have so fun. Why not display the ass instead of the head? I've seen that. A ox's ass as big as a Sunday set up on a bar.

In Dallas you'll meet oil moguls and smart casual dressed politicians. If you wanna see some real cowboys, drive one hour to the sistering Fort Worth and be prepared for some raw conversation. Cowboys are bluntly honest and least nice. They won't call you 'darling', they won't compliment you, and they definitely won't try to butter you up. If you're good to them, they'll show you their guns. If you're bad, they might use them. 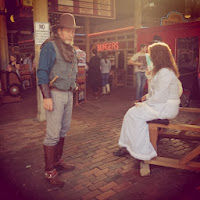 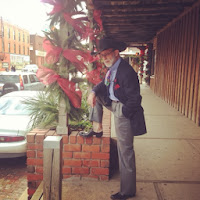 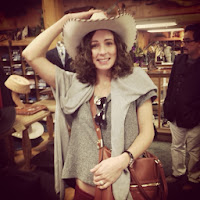 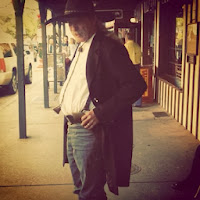 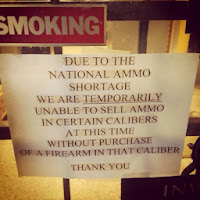 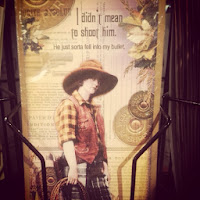 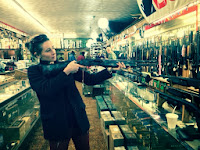 About guns: do go into a 'hardware' store. You might be impressed what type of artillery you can buy. Enough and powerful to build an army. Yes, you need ID (driver license.)  No, you don't need a head doctor's note. You do need to fill out this form  which asks some questions like are you a felon, are you a danger to yourself or others (I wonder who says yes to that...), and other immigration related questions (if you are illegal immigrant, you probably have no right to buy a gun, not to mention be in Dallas altogether), but the process is fairly easy. Your investment will be protected: "the sheriff in Midland County, Gary Painter, said  that he would refuse to confiscate people’s guns from their homes if ordered by the Obama administration."... (NY Times)
.. 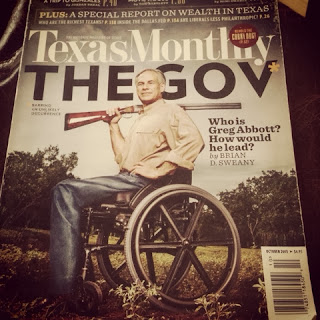 After tacos, my friend drove me to the hotel, and could't help to notice the cover of the Texas Monthly magazine on the back seat (cover bellow, Attorney general Greg Abbott.) "OMG", said I, looking distressed, "this photo is so wrong!" Not understanding my vexation, he asked "what?! do you have something against handicapped people?!" ", "Hell no", I said, "He posed with a firearm!" Of course, seeing that is so random here that he could not grasp the reason of my wonder. 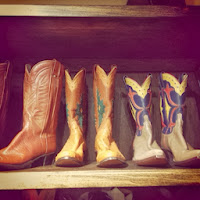 Some fashion advise: wear your coolest sneakers in Dallas and your cowboy (authentic) boots in NY if you really want to make a statement. My (cheapest, for I could not touch the all alligator belly over $10k per pair) cowboy boots were admired intensely in NY upon my return. "She got them from Dallas", my art professor said to another student interested in getting some. 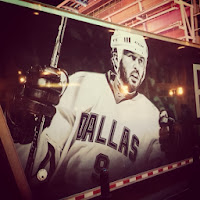 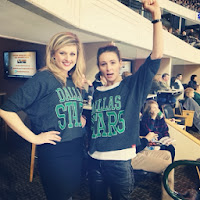 "Best $40 I ever spent", my Dallas girlfriend told me: blow-dry and a cocktail. In and out of the salon in 20 minutes. This is, I figured judging by the hairdo of women there, a local sport. 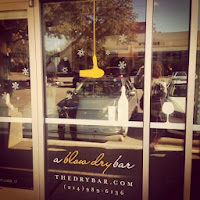 Chances are that you won't ride a buffalo, but do try your riding skills. 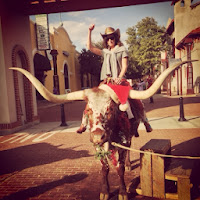 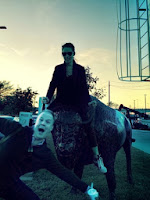 Go to the White Elephant bar and talk to people there. They have stories to tell, and tequila to drink. And smoking is allowed. Texas, baby! The woman in the photo is the most charming and elegant young at heart and a character I ever met. She is a Katrina survivor. I asked her what did she do after she lost her home and almost everything in it. "I moved. And I moved on. Life is too short, my dear, to cry over material things." 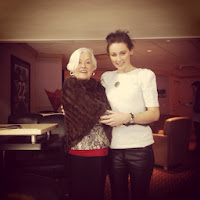 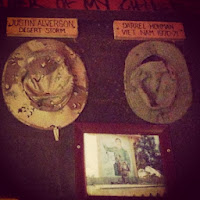 And, keep in mind: 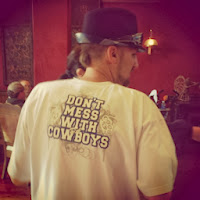 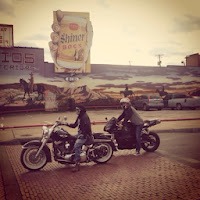